The fathers of the Church introduced music into the Church of God for three reasons. First, to combat the hymns of heathens and heretics, in which they tried to corrupt the doctrine and the morals of youth. They counteracted by composing lucid, moralistic and religious hymns which destroyed corrupting poetry. Second, to assist in energizing the people to worship God and drive away boredom during the long services. Third, to stimulate the senses in order to realize the meaning of prayer.

Usually when worshippers sing or listen to the chanting of prayers they can more easily comprehend the meaning of what they chant. Moreover, melodious prayers make their way more quickly into the minds, souls and hearts of the worshippers and call for humility. In this regard, the fathers of the church found an example in the Psalmist David and his organized choir. To follow his steps, they composed, after the Council of Nicaea, hymns with harmonious tunes based on common musical scales.

St. Ephraim was the first among the Syrians to compose these hymns while among the Greeks St. Gregory Nazianzen, Cyril of Jerusalem, and John Chrysostom took the lead. Among the Syrians they were followed by Isaac, Rabula, and Balai, the band of potters, Jacob of Sarug, the Greek Severus of Antioch, Jacob of Edessa and the composers and translators of the hymns known to the Greeks as the Canons. These and others who followed in later generations composed various hymns with a perfection which appealed tremendously to the worshippers. This is why the great majority of our Syriac rituals are in metrical form.[1]

The Syrians and Greeks used eight melodies which they called “oktoechos”[2] among which were the “warm”, the “cold”, the “humid” and the “dry” tunes. These melodies included the joyful, the grieving, the humbling, the stimulating and the active. Of these, two counterpart melodies were selected for chanting each week. For instance, the first melody corresponded with the fifth, etc. They also prescribed for each feast or well-known festival season or event a special melody which perfectly applied to the occasion.[3]

For these melodies they chose pleasant and mellow voices and arranged the singers in two choirs which chanted antiphonally. A priest or deacon skilled in the art of melody, rhythm and harmony conducted these highly organized choirs.

Among the conductors who became famous around the year 1218 was Rabban Abu al-Faraj Bar Elisha’, distinguished for his vivid memory. According to Bar Hebraeus, (Ecclesiastical History, vol. 1, p. 637), Bar Elisha‘ memorized the phanqitho or service book for the whole year.

From the artistic and composition point of view the most beautiful songs were the takhsheftos, qatismas, mawrbos and madroshos which were the first and foremost of all the songs. Most of these songs were characterized by various intonations and pitches which were delicate and touching. The Syrians, especially of Diyarbakir and Edessa, have become widely known for their chanting of these songs received by tradition. But as thev did not write them down in notes, a good many of them were lost in time although a sufficient number of them survived.

[1] The erudite Anton of Takrit states that “the reason why St. Ephraim composed spiritual songs and hymns is that Bar Daysan had composed songs with exquisite tunes in which he implied statements which would destroy the orthodox faith and morals. These songs appealed greatly to the credulous youth. In opposition, St. Ephraim composed songs and sacred hymns which combated them; hence, the origin of the Holy Church music and chanting. In like manner, St. Gregory the Theologian composed his poems to refute the Arian heresy and oppose the Caesar Julian the Apostate who prevented the Christians from reading the poetry of the heathen Greeks. However, the fathers of the church were unable to prevent the people from singing and chanting after they had heard them so often from the deceivers.” Bar Salibi also states that “Mar Severus composed the ma‘nithos in answering back to poets and the songs of Sostius the Greek. Mar John also composed the stikhare in refutation of the Arian songs by which they snared the gullible.” Therefore, in this manner the canons found their way into the church.

[3] In his book Da’wat al-Qusiis (The Call of the Priests), Jacob of Mardin comments on the eight melodies by stating that “the first and fifth melody are for festivities, the third and seventh for sorrow, the fourth and eighth for the struggle of the martyrs, the second and sixth for humility,” see Majmu Usui a! -Din by al-Raīs al-Shaykh Mu’tamin al-Dawla Abi Ishaq ibn al-Fadl ibn al-‘Assal the Copt, chapter 49, 216. This book Da’wat al-Qusits is lost to us except four odes on the Divine Wine which were found in Beirut. I think the author of this book belongs to the twelfth century. His above statement, however, is questionable. The fifth melody is used for fasting and repentance while the fourth which is identical to the fifth is also used for the Feast of the Annunciation, the second and sixth are stimulating and activating while the first is specifically used for the Epiphany and the second for the Transfiguration. 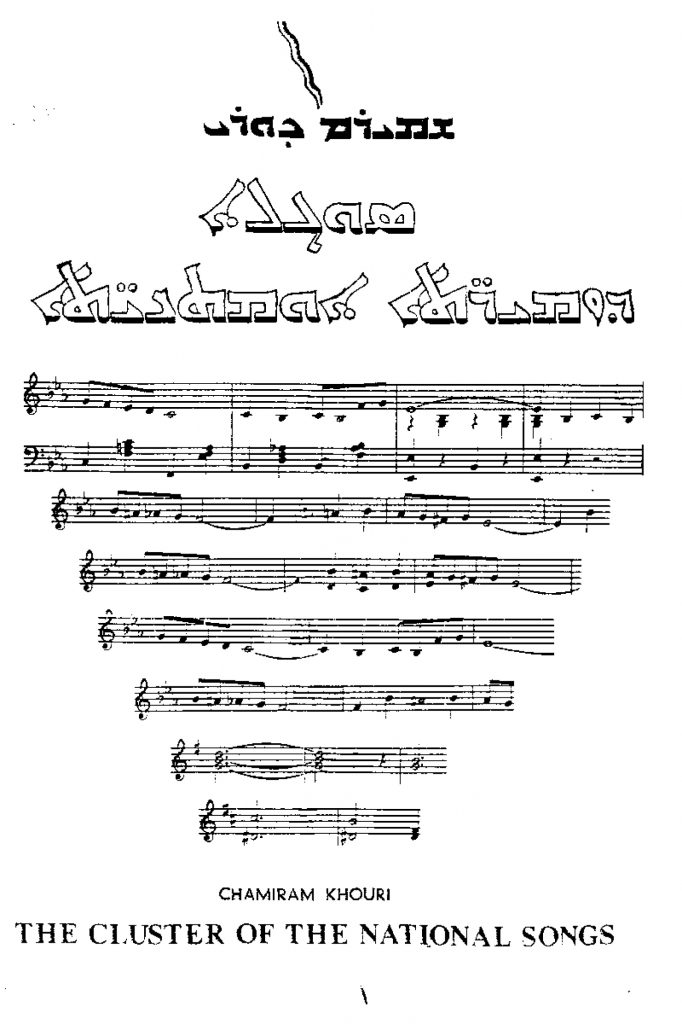 The Cluster of the National Songs, Thomas Press, Beirut Lebanon 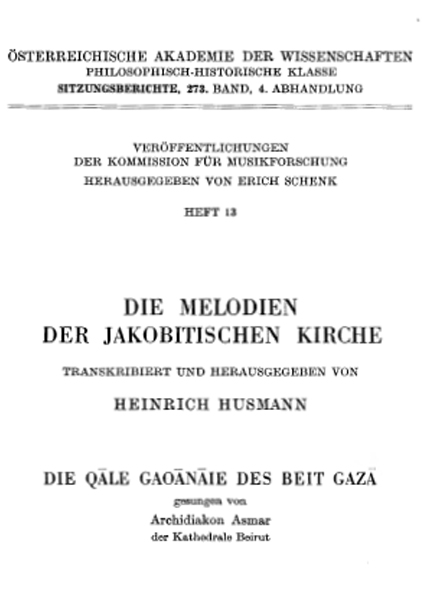 The Beth Gazo book is the primary reference to West Syriac liturgical music. The Beth Gazo Portal provides the text of the Syriac book of Beth Gazo along with recordings by various chanters. A database back-end allows adding new texts and audio recordings without the need to update the app. The settings allow the user to choose a default chanter and to set Garshuni preferences.