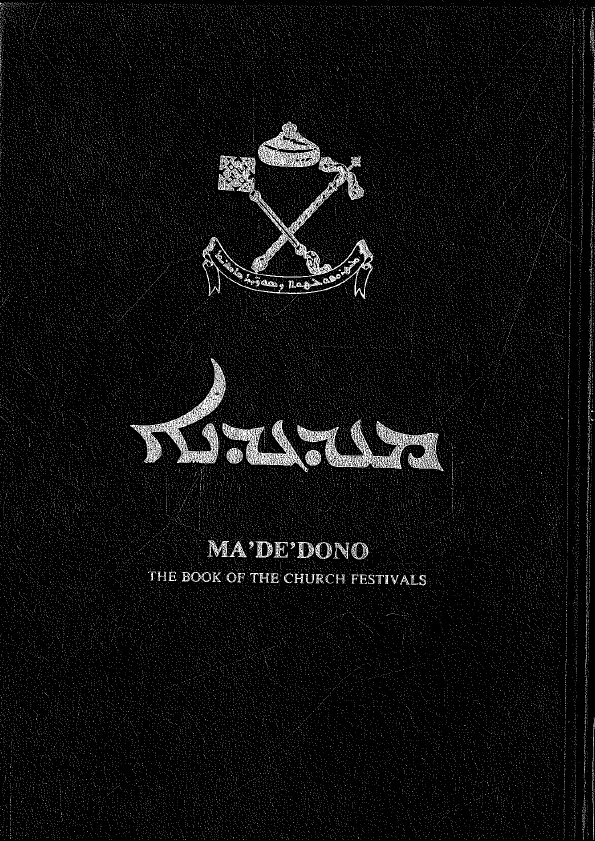 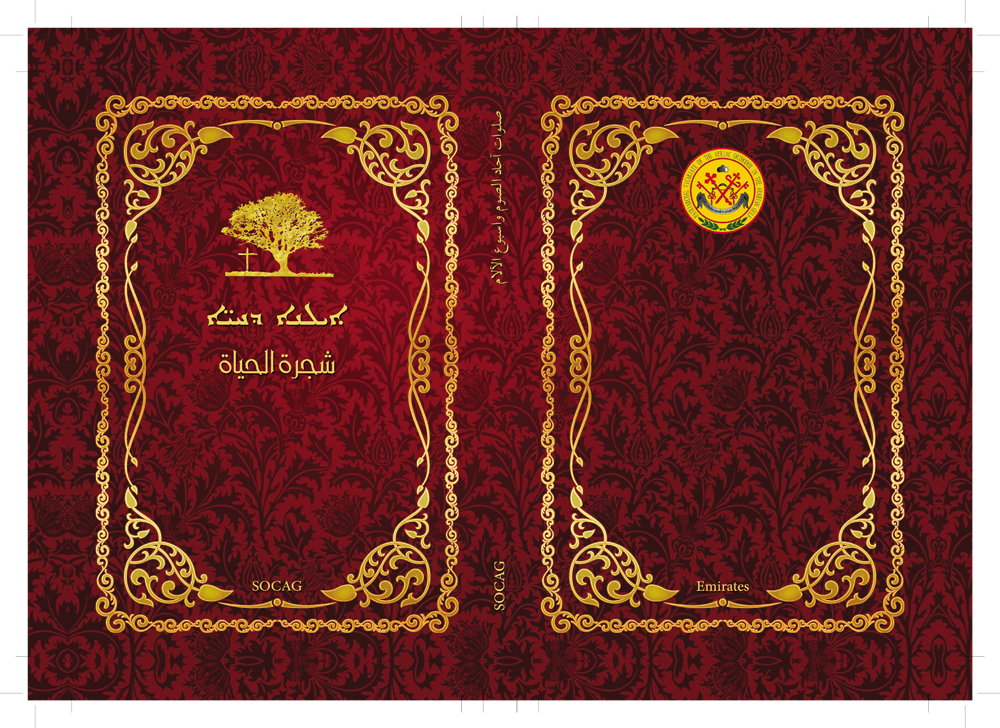 The Eastern rite contains hymns chanted in the festivals commemorating Simon the Aged and the Presentation of our Lord in the Temple. The Beth Gazo of the ‘Ayn Ward, written in 1468, mentions the Benediction of the Cross according to the custom of the Church of the Forty Martyrs in Mardin. Also, the service book of the principal feasts of the Monastery of Mar Eugene contains the Benediction of the Cross used in the festivals of the Virgin and the saints.

The Beth Gazo of the Jerusalem Library (MS. 62, dated 1569), mentions that the order for the consecration of water (on Epiphany day) was written by Severus, Patriarch of Antioch, but revised and vocalized by Jacob of Edessa. According to Jacob of Edessa, the first prayer for the consecration of water in the festival of Epiphany, beginning “Great art thou, O Lord and wonderful are thy works,” was composed by Proclus, bishop of a diocese of Cyprus. And when St. Epiphanius, metropolitan of Cyprus, read this prayer in 404, he admired it and expanded it. This prayer exists in the Byzantine rite because its author, St. Proclus, lived in the middle of the fourth century, not in the seventh, as Lucian has erroneously stated in his book, The Christian Orient. Although the old British Museum MS. 14494, written on vellum, mentions that the author of the consecration of water on the Epiphany was Proclus of Constantinople (d. 444), yet the testimony here about Jacob of Edessa is more thorough and accurate.[2]

In his comment on the service book of principal feasts in Bartelli, on January 30, 1282, Bar Hebraeus states that in the Eastern rite the deacon recites, at the consecration of water, the prayer for the descent of the Holv Ghost. He was annoyed and for eighteen years kept patient, until the clergy convinced of their error, agreed to follow the Western rite in this case.[3]

In an old copy (of this service book) in the handwriting of deacon David Joseph the Egyptian, dated 1403, we are informed that Sa’id Bar Sabuni, metropolitan of Melitene, compiled an Order for the consecration of Branches on Palm Sunday and that he corrected and vocalized the Order of the Adoration of the Pentecost.[4]

In his comment on the Eastern Rite or Order mentioned once before, Bar Hebraeus states that during his occupation of the See of Takrit he discovered many differences between the Eastern and the Western orders. But he found in the arrangement of the Eastern Order with its diverse forms and divisions an arresting beauty which made him admit to the excellence of its authors. He only criticized the specific prayer for the benediction of the water in the Feast of the Epiphany mentioned before.

In order to give an idea of the orders of the principal feasts as well as of the different traditions used in performing the rituals, we should quote the Beth Gazo compiled by Simon, metropolitan of ‘Ayn Ward as an illustration:

Simon of ‘Ayn Ward also alluded to an Eastern ritualistic tradition in the festival of the Ascension according to which the deacon lifts up the paten and the priest the cup during the final elevation of the Mysteries. The custom is still used in Mosul and all of Iraq until this day.

[1] The order of forgiveness occurs on the Saturday of Annunciation, according to the service book transcribed by the Patriarch Basilius in 1443. See manuscript 23 of the Jerusalem Libran’ and the M‘adh‘dhono (Service Book of Feasts) transcribed by the Monk Malke Saqu in 1484 in the Monastery of Mar Eugene which ends with a homily on love given by the bishop.

[3] See the Service Book of Feasts in the Za’faran Library MS. 212, called M‘adh‘dhono in Syriac and Hirmologion in Greek. There are two copies of this book according to the Byzantine rite in the Library of Mount Sinai, one of them (MS. 40) written on vellum and the other one (MS. 64) on paper dated 1255.

[4] 2 Preserved at the Syrian Church in Cairo.